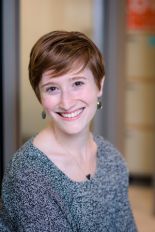 Since our show – NUMBERS NERDS will be featured at the New York Musical Festival in July, I thought I would chat with Rachel Sussman, the Producing Artistic Director about the festival.

How long have you worked for NYMF and in what positions?

I have worked with NYMF in various capacities since 2009 – I helped to found the Student Leadership Program, was Associate General Manager on a production, produced concerts, and even was in a NYMF show! I’ve been in this position – formerly Director of Programming and now the Producing Artistic Director – since late 2015.

Why is NYMF important?

NYMF is valuable because it provides a platform for new musicals to be seen and by audiences and industry, often for the first time.  Many are early career artists with so much ahead and others are mid-career looking for exposure and feedback on their newest project.  The festival context is important – our shows are not fully produced – there are a number of parameters shows must follow for the Festival. This forces artists and audience to focus on their material and make it as clear and compelling as possible.

What percentage of writers are women or minorities?

I’d estimate that approximately 30-35% of our writers are women or minorities, however if you focus in on the Developmental Reading Series, at least half of the writers aren’t white men. A number of the directors and choreographers on shows are female this year, a trend that began last year and we hope to expand in the future.  Diversity of authorship and content is important because we want to reflect the stories of as many experiences and communities as we can, especially those that are different from us. We want to tell stories about all the different people who make up our world. And of course, the more diverse the stories, the more diverse the audiences. 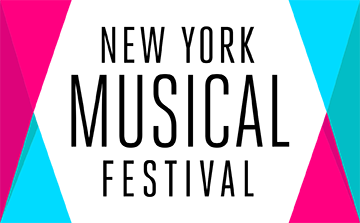 When you invite a show to NYMF why do you stress “What are your goals?”

Managing the expectations of the writers as well as the audience is critical. We want to make sure the writers have realistic goals and understand how a Festival’s creative process works – it’s different than preparing for a production in a nonprofit’s mainstage season.  My job is to help them set, adjust, and achieve these goals.

You work a lot as a dramaturg, what advice do you hear yourself saying most often?

When I talk to the writers give them feedback about their work I don’t want to be prescriptive – what I do is ask questions. The big, broad question I frequently find myself asking teams is, “why does this story need to be told now?” You want to craft a story that is active and urgent with high stakes in order for an audience to connect emotionally and intellectually.

What is most important about writing a “new material” musical?

Wholly original musicals are few and far between and are so exciting because no one has ever heard the story before. And we at NYMF love to give them a platform for their story to be told.

What does a “successful” show at NYMF look like?

A successful show is one that clearly defines their goals, such as “I’m looking for press coverage” or “I want to find a producer or other professional to help me move this show to the next level.” These goals can of course evolve, but having something to work toward is vital. Successful shows also take to heart what I say about being more suggestive and gestural when preparing for production.  Audiences (including potential investors and producers) attend NYMF with the intention of using their imagination—they do not expect to see a fully realized production. You have to trust your audience will be willing and even eager to use their imagination. It’s an exciting challenge for them and the creative team.

Last year, we had a very successful production in the Festival. From the get-go they were clear they wanted to find a producer and agent representation. They put together a strong and collaborative team  who were all  passionate about the piece and worked to get the right people to see the show.  They ended up walking away from their Festival experience with a bevy of NYMF Awards for Excellence (including Best Musical), literary agents, and commercial producers ready to option the piece.  I’m looking forward to see what’s in store for our shows this year.

« Did EVAN HANSEN win the Drama Desk Award this year???
Tony Award Nominations that were NOT in the telecast »