Right now, as the orchestrations for NUMBERS NERDS are being written, I am reminded of the time a stage manager friend of mine was working on the musical SATURDAY NIGHT.  You know that show, right? It is one of Sondheim’s earliest musicals.  (Truth is, I did not know that at the time. And, when she told me that it was one of his earliest works, I did not believe it.) 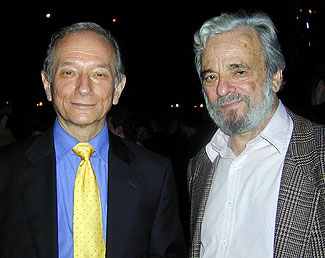 She told that she was so excited because Jonathan Tunick (the famous Broadway orchestrator) was going to be working along side her during the rehearsals.  Jonathan Tunick, is a Broadway legend….well, not only Broadway.  He is one of the twelve people who have won all four of the BIG awards – a Tony, an Emmy, an Oscar and a Grammy.

Mr. Tunick is a longtime collaborator of Stephen Sondheim and listen HERE how Sondheim talks about the orchestration process and the genius of Mr. Tunick.

It is the orchestrator’s job to listen to the music, be in discussion with the composer, director and producer and then figure out how to create the instrumentations it so that the music can elevate and propel the mood, story and tension. And as you’d imagine, that takes a lot of skill.  But a Broadway orchestrator also needs to understand the shape of that peculiarly American genre: the Broadway Musical.   With its elements of opera, but also of vaudeville, of tragedy and also comedy, the Broadway Musical is always recognizable as what it is.   And the genius of the Broadway orchestrator is understanding and enacting that genre. 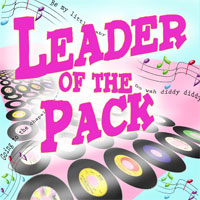 Now…here is the thing that I am amazed at.  When my stage manager friend was working on the show, she was also helping to develop it.  So, things were changing during rehearsals, and even during preview performances.  That means orchestrations were continually being changed.  And sometimes OVERNIGHT!

I remember seeing a preview performance of LEADER OF THE PACK (I think) and as the show played, I noticed that some numbers had just a piano as accompaniment.  At intermission, I asked one of the ushers what was going on.  He told me that the show changed so much they did not yet have time to orchestrate that particular number.  They were still working on it.  Imagine that!!

What are you favorite orchestrations?  Least favorite?