Musical Revivals – what is coming up!! 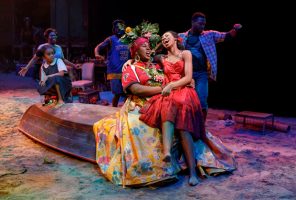 ONCE ON THIS ISLAND – I saw this in previews.  Staged in the round at Circle in the Square, this production has something for everyone.  I love this show and have seen it five different times.  Each time I find something different to love.  But this revival has added life to the show.  The script has been rewritten in some places, and the result is that some of the scenes are far more clear.  The director also chose to do some gender-bending in casting, which is so appropriate for our times, and has used an interracial cast. (International star Lea Salonga plays the God Erzulie.) Oh….and there is a goat in the cast!

CAROUSEL – I am still in shock over this one. First, Jessie Mueller will play Carrie.  Mueller who blew everyone away (especially me) in BEAUTIFUL will be singing soprano in this revival.  (I have previously seen a YOUTUBE video of her singing soprano – Cinderella in INTO THE WOODS – and I was thrilled to hear this part of her register.) And then……Renee Fleming will make her Broadway debut in a musical as Nettie singing “You’ll Never Walk Alone”.  Amazing, huh? 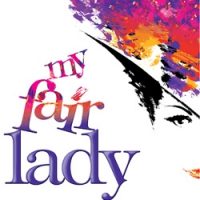 MY FAIR LADY – Coming to Lincoln Center in 2018, this “lavishly produced” revival will star television personality Lauren Ambrose (I remember her from Six Feet Under).  Joining her will be Norbert Leo Butz and Dianna Rig (who I LOVED on Game of Thrones). This show has always scared me as a producer.  Yep, you heard right.  While it has a gorgeous score and contains some hysterical characters, I think it has over 20 different required sets!  And when I hear that, all I think about is how expensive it is.    But, I am still looking forward to it anyway.

What shows do you want to see revived on Broadway?  Who knows, maybe they will be coming up soon!