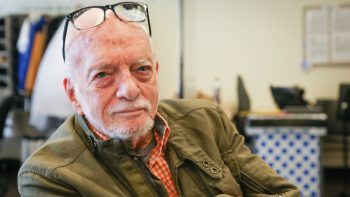 As I was driving a little while ago, I heard a series of interviews with Hal Prince.  THE PRINCE OF BROADWAY (this is the title of the biopic of Hal Prince that was playing on Broadway) and the man with twenty-one Tony Awards (more than anyone else for directing, producing and special awards) was reflecting on his six-decade career.

THE PAJAMA GAME, CABARET, FOLLIES, FIDDLER ON THE ROOF are just a few of the huge hits this master has been involved with.  Starting as a producer, then pivoting to directing, perhaps his biggest claims to fame is the infamous relationship he developed with Stephen Sondheim.    Their string of hits, including A LITTLE NIGHT MUSIC and SWEENEY TODD, changed Broadway forever.

Some of the things just made my jaw drop and I just had to share them with my readers.

Although THE PRINCE OF BROADWAY has closed in New York, Hal Prince is still considered Broadway Royalty.