There are two musicals that I know of that have parades in them.  One is HELLO DOLLY (“Before the Parade Passes By”) and, of course, PARADE.  I write this because I saw the most amazing display at the Pride Parade in Chicago yesterday.  Here is the video clip of it.

As I stood there watching this ….. I imagined Carol….or Barbra….or even Bette following this amazing balloon display.  I imagined they wore modern dress, perhaps shorts or a skirt (it is June after all) and probably they were carrying a parasol. And of course, a HUGE band followed them.

“Before the Parade Passes By” was one of the last songs written for Dolly in HELLO DOLLY.  I understand it was written because the show was in out of town previews and the audience was not really “feeling it”.  Not really sympathizing with Dolly Levi.  These previews were “rocky.” The director, Gower Champion, knew something was missing and so did Jerry Herman, the composer.  Then, the phone rang very late in the evening in Carol Channing’s room.  Jerry had written a new song would she come to his room and sing it. She did and the song was added into the show.

PARADE, written by Jason Robert Brown and produced by Hal Prince, is not about a parade.  But, it does have a parade in the beginning of the show.  I saw the original in New York and I did not understand the significance of the parade until later.  The parade in PARADE is a celebration on Confederate Memorial Day.  The show illustrates the two different worlds of the north and the south.  PARADE is about prejudice, anti-Semitism and the power of lies and “alternative facts.”  Quite a different take on a parade! 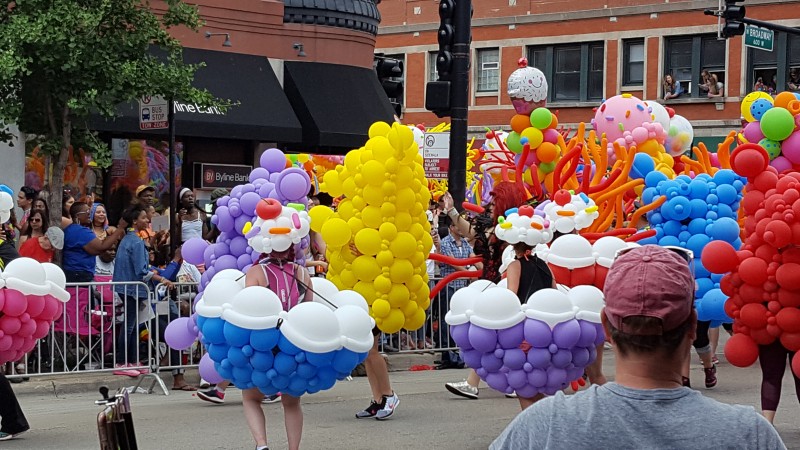 But that is enough about that.  Let’s end with some more pictures that blew me away.

« Producing a show at NYMF….
Producing a new musical at NYMF – Part 2 »