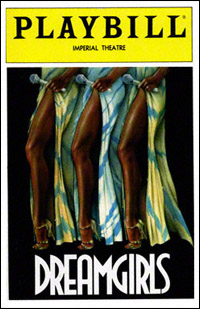 I have a friend who loves reading and re-reading Broadway musical Playbills, the publication that includes the program for the performance you are about to see.  I send him all of my Playbills after I see a show (I keep almost nothing.)

I like reading the Playbill (usually in my hotel room after the show) a lot, and my favorite part is the section sometimes in the back called “At this theatre.”  This is where they describe the history of the theatre as well as some of the famous shows or stars that have performed there.  It always fascinates me to see how many of the theatres were built for large musical shows, then went into disrepair or closed all together, and then were renovated.

Playbill has been around since 1884 – can you believe that?  And now is used at almost all Broadway theatres.  So, what is Stagebill?  Stagebill was a publication that mostly focused on concerts and events, but in the late 1990s Stagebill tried to gather some Broadway customers.  (For a while there was also Showbill as well.) Playbill is offered free to the theatres and is paid for by advertising dollars from its sponsors, but the theatres cannot control what ads are inside.  Stagebill offered something a little different.  From what I understand, Stagebill was available for purchase by the theatres, but the theatres had some say about what ads were inside. 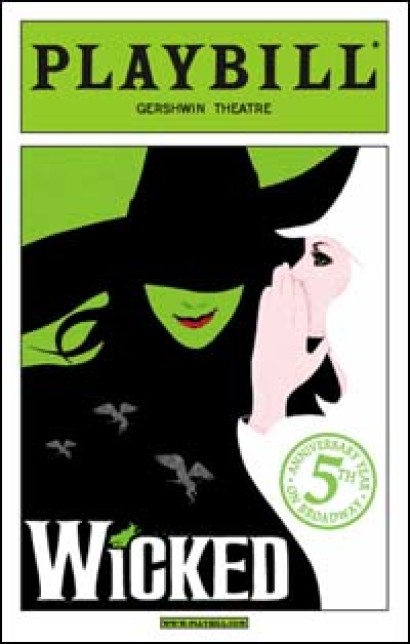 When Disney opened LION KING at the New Amsterdam Theatre they wanted to control the ads (no cigarette or liquor ads) so they went with Stagebill.  It was quite a shock for Playbill.  Soon, as other theatres became sponsored by large corporations other theatres started moving to Stagebill.  Then…..Playbill got wise….they decided to make an offer to purchase Stagebill and on June 7, 2002 Playbill announced it had acquired the rights to Stagebill.

One of my favorite pieces of trivia about Playbill is that they changed their iconic logo from yellow to green TWO times for WICKED – once on the 5th anniversary and once on the 10th anniversary.

What are your favorite Playbill covers?  Do you keep yours?

« NYMF update and guess who is playing Ms. McGery???
MISS SAIGON in the beginning and now… »