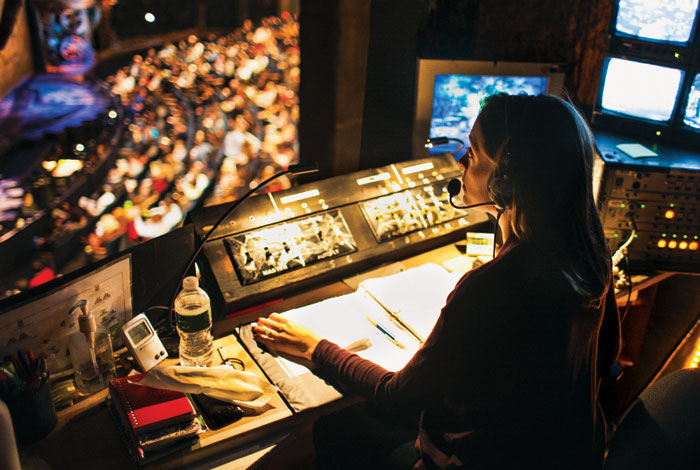 The show was about to start.  The house lights went out, then the stage lights went out and the cast silently moved onto the set.  The audience waited with bated breath. Then, the show started with a wooden stick match being lit.  It illuminated the face of the first character in the play – the stage manager.  That is how I remember a production of “Our Town” a while ago.  That was also the first time I heard the title – stage manager.

When I first started in the theatre, I really had no idea of who or what a stage manager was.  But, I soon learned.  A stage manager is a critical part of a successful production.  The stage manager plays several key and pivotal roles.

I found this on the website of an organization I belong to, and I think it is a great description.

“Stage managers typically provide practical and organizational support to the director, actors, designers, stage crew and technicians throughout the production process. They also are the director’s representative during performances, making sure that the production runs smoothly.” 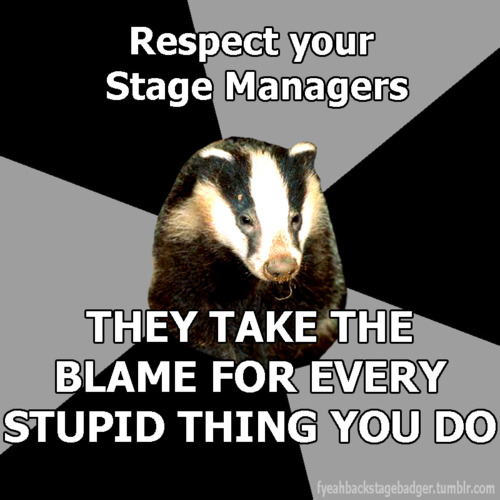 Not only do stage managers provide support, typically they are responsible for making sure the rehearsal process runs smoothly by calling for breaks, documenting the staging, and being the “go between” between the actors and the directing staff.

They are also in charge of managing the crew running the show.  The running crew can include a sound technician, a light board operator, fly operators, floor managers, spot light operators and assistant stage managers. Sometimes there are multiple stage managers working on a single production – in that case a Production Stage Manager is the lead.

Stage managers and actors belong to the same union – Actor’s Equity Association (AEA).  This always confused me as an actor, because I always thought that the stage manager was part of the management team, but really the stage manager (along with the AEA representative) really watches out for actors during management discussions and meetings.

One last thing to mention about stage managers.  Once the show is “frozen,” it is the Production Stage Manager’s job to make sure every performance is exactly the same as opening night.  They might give notes to actors about not being in the correct spot on the stage or she might correct a light cue that is not in the appropriate spot.  They becomes the director’s representative to ensure the production remains the same each night.

The same each night……well almost It is live theatre, after all!