The world and the “I want”… 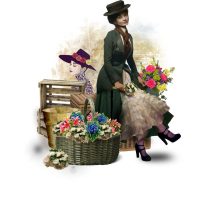 Over a year ago, 57th NATIONAL MATHLETE SUM-IT (formerly NUMBERS NERDS and now available for licensing through Theatrical Rights Worldwide) was accepted to the Theatre Resources Unlimited (TRU) workshop in New York.  TRU is a great organization that helps develop and create new musicals.  It offers workshops throughout the year to help with various elements of musicals.  We were accepted to work on the first part of a new musical – the world and the “I want”.

Now, I have written several times about the importance of the “I want” of the main character.  As a reminder, in the first minutes of the show the audience needs to see who the main character is and what he/she wants and why.  Great examples are “The Wizard and I” from WICKED, “Somewhere That’s Green” from LITTLE SHOP OF HORRORS and “Wouldn’t it be Loverly” from MY FAIR LADY (this is a perfect example because the first few lines are “All I want is…..”). So, as I am working with my new composer team for our new Christmas Musical I find myself repeating things I learned in that workshop.  Things like “The audience must know who the main character is right away.” “Let’s make very clear what she wants and WHY she wants it.”  She may not get what she wants, but the show becomes her journey to explore her wants and needs. 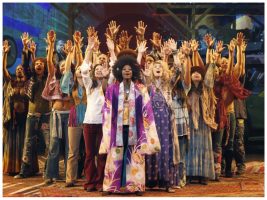 The world of the show is different. Musicals all have “worlds”. All have environments, times and places where they live.  HAIR has a great opening number that really tells about the world – “Aquarius”.  This song is so “appropriate” for sharing with the audience what the world is.  MAN OF LA MANCHA also gives us the “world” right away.  We see a prison cell and the opening number “Man of La Mancha 1” tells us what to expect. And, of course, there is FIDDLER ON THE ROOF with its magnificent opening number “Tradition”.

While we were participating in the TRU workshop, one of the panelists was Sheldon Harnick (lyricist for FIDDLER, SHE LOVES ME, etc.). He shared the story (that went something like this) of how they were working on FIDDLER (before the opening number was written) and Jerome Robbins kept saying to the composing team, “What is the show about?”   Over and over people threw out suggestions. Finally someone blurted out the word – “Tradition”.  He recalled everyone looking at each other and Bob Fosse saying “Yes…now we have our opening number.”

The world and the want…..thus, begins a new musical.
Larry Little
Producer

« Stories in Musicals!
What are “Showstoppers?” »