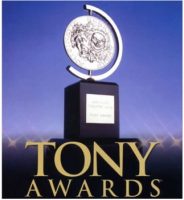 Twenty-One…..that is how many Tony Awards Hal Prince has won.  More than anyone else.  Producing, directing and special awards were the categories.  He has always been a hero of mine, and as I was watching the PBS special about him recently, I was struck by several of the things he said.

First, he traced his theatrical career from beginning to present.  Then, he provided a kind of “blue print” for what a director does.  (He said that is the number one question he receives…probably from “non” theatre folk.)

His big hits include PAJAMA GAME, CABARET, A LITTLE NIGHT MUSIC, PACIFIC OVERTURES, FOLLIES, EVITA, THE PHANTOM OF THE OPERA and many more.  Some of his shows were not hits at all…..and his wife advised him to change his vocabulary from “Hits and Flops” to “Successful and Not Successful.”  She encouraged him to celebrate his artistic successes even if the shows lost money and closed early.

Here are some of the things that I thought were very special:

But mostly what I learned from this television special was his grace.  He expressed gratitude for everyone and everything.  And he revealed an inspiring ability to pick himself up after some big flops.  That is something we all can admire and I can certainly learn from.

« Thanks in the theatre world….
Hal Prince….again… »