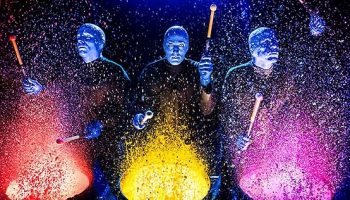 I read an article today that reported that for the first time in a long time a show Off Broadway opened and made money.    Of course, there have been long running shows Off Broadway that have made a great deal of money (BLUE MAN GROUP, STOMP, etc.) but those opened a few years ago.

As I was discussing this with a supporter, she suddenly said, “You know, I am a little embarrassed, but what is the difference between a Broadway theatre and an Off Broadway theatre.” I said I did not know the exact details (which I, too, was embarrassed about) so I looked them up.  Here is what I learned:

Another factor is the contract.  Does the theatre have an agreement with the unions designating it as either Broadway or the others?  And a third factor: Is the theatre a recognized participant in the League of Broadway Theatres?

And before these standards a theatre just had to be within the “Broadway Box,” the section in midtown Manhattan that was between 40th and 54th Street and between 6th Avenue to 8th Avenue, to be considered either Broadway or Off Broadway.  Now, to be an Off Broadway theatre, the location simply  has to be in the city of New York. And what difference do these designations mean?  As I suggested, one reason has to do with the required union contracts.  And maybe more importantly, the awards for which they compete are different.  Only Broadway shows can compete for a Tony.  Off-Broadway shows compete for an Obie.  So when producers consider where to place their show – and thus which designation to select – a lot can hang in the balance.

« Musicals that are song cycles.
Villains in Musicals! »