It’s the story that matters! 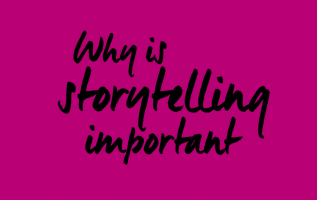 I just returned from a business trip to New York City.  Between meetings and planning sessions, I was very lucky to see four musicals.  Two musicals were part of the New York Musical Festival (NYMF), the festival in which we participated last year.   This year NYMF has chosen to “downscale” the number of productions it is producing, but that does not mean that they are any less good.

I saw one show at NYMF that was magnificent!  It was very tightly written – I don’t think you could cut one word in the book – the music was appropriate, fun and exciting, and the lyrics were both hysterically funny and really insightful.  The set, costumes and props were not overblown, just right for what is needed in a NYMF production.  The performers were top notch (most had Broadway credits) and were perfect for the roles. And….the audience LOVED it.

The other show I saw was more of a stylized improvisation.  The story was interesting but not thrilling.  The characters were fun but had some room for growth and the music  – very serviceable.

I also saw two Broadway shows – MY FAIR LADY and MEAN GIRLS.  (I will talk about MEAN GIRLS in a future blog.) My first introduction to MY FAIR LADY took place years ago, when I first started producing.  I was sitting in a season planning meeting and someone brought up the Lerner and Lowe classic.  NO shouted the Artistic Director – too many sets and set changes! Well, that was that.  (If you think about the show – whether on stage or in the movie, you’ll confirm how many sets it includes!) But, I desperately wanted to see the new revival on Broadway.  Not only because it had gotten a rave review, but because, as I understand it, the producers had received permission from the estates of the writers to change the ending.  The production was gorgeous, expensive, and magnificent.  And…yes…the ending was not the traditional ending.  And… once again – the audience LOVED it.

As I sat on the plane home, I thought about what the NYMF show had in common with MY FAIR LADY. Why did the audience, in both cases, just love the show?  I believe it comes down to the story.  It is the story that counts – and the story-telling. Both move the plot along without looking back.  Both look forward to the next scene and the next part of the story.  Both have compelling, interesting, fascinating and unique stories. (Although MY FAIR LADY is based on Pygmalion, with the songs and a few changes, I consider it a new story.)