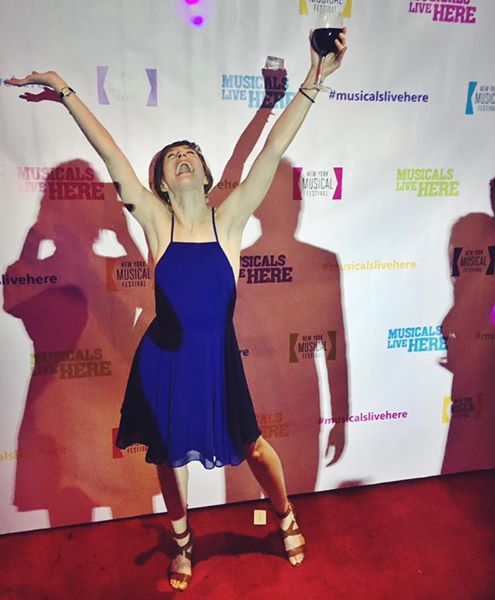 The New York Musical Festival (NYMF) produced 48 new musicals in 24 days this year.  I have one word to say about this…WOW….  Here is a picture of the Producing Artistic Director Rachel Sussman celebrating after seeing ALL of these shows.  Click HERE to read my interview with her from a previous blog.

Producing a show at NYMF was the highlight of my show business career.  Working with such talented actors/artists opened my eyes to new and brilliant talent – click here for their pix/bios.  Watching the amazing Amber Mak and Megan Farley direct and choreograph the show was like watching a force of nature. The extremely talented designers who brought the show to life kicked my butt (Theresa Ham, Kevan Loney, Michael Cole, and Jim Radloff.) Stage management by the ever-professional Jessica Forella, and Mike Idalski as the music assistant and production assistant, made me feel so comfortable that the show was in great hands.

Of course, the writers – David Kornfeld (music), Laura Stratford (book), Alex Higgin-Houser (lyrics) and Dylan MarcAurele (additional music) — deserve huge thanks and praise.  They brought the show to life, and their talent speaks for itself. 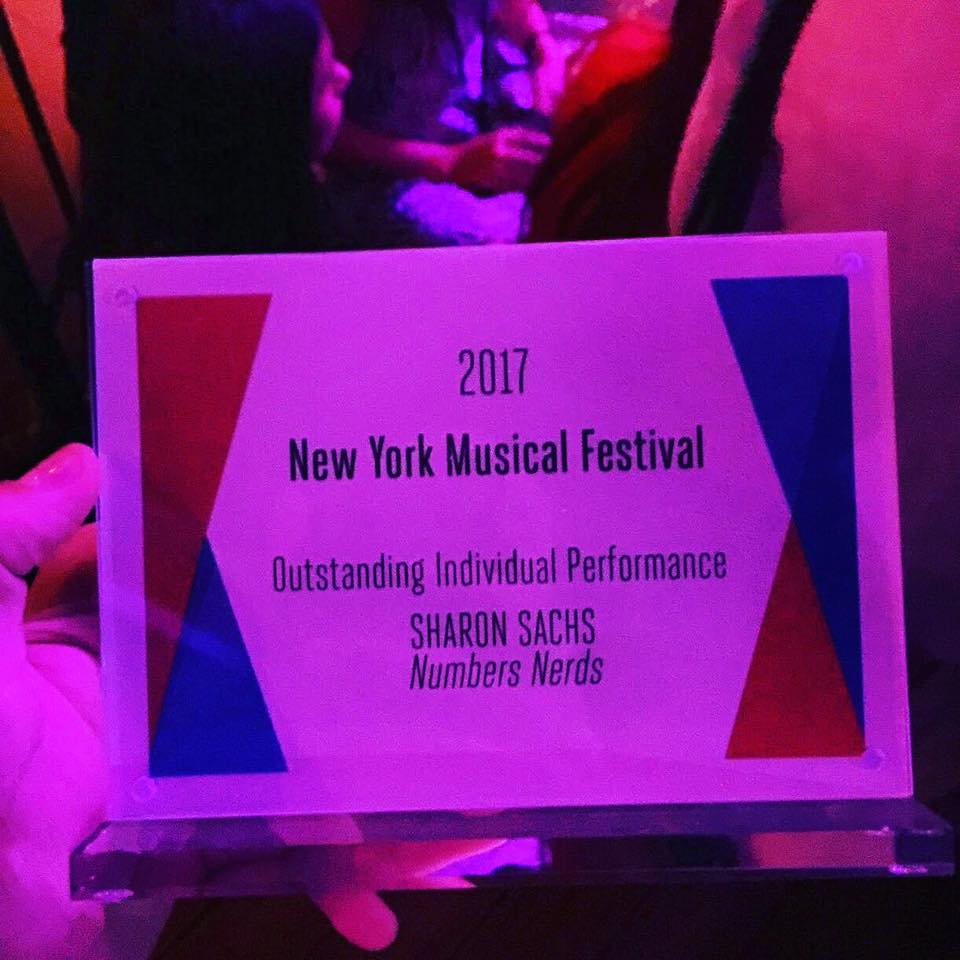 Show-Score rates shows in NYMF and I am proud to say that NUMBERS NERDS had the second highest score!  Audiences, friends and families rate the shows and the results were announced last night at the closing of the festival party.

Oh yes….one last REALLY-BIG thing.  Our beloved Sharon Sachs (who played McGery with honesty and authenticity – and was hysterical) won the award for Best Individual Performance at NYMF.  Please help me congratulate her!

On behalf of myself and the other Producers (Tim O’Connell and Julie Bossidy) I say “Thanks and Congratulations!”

« Producing Questions Part 2
Welcome and Thanks – “All Things Musical Theatre” »